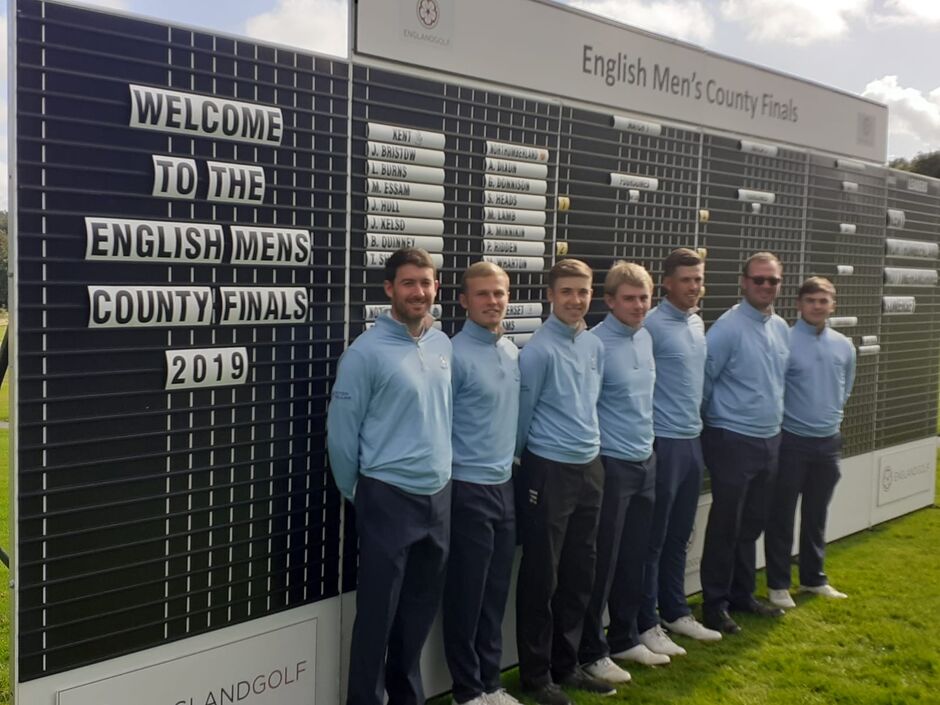 Kent became men’s County Champions for only the second time after a dramatic finals weekend at Huddersfield Golf Club.

A 4-3 victory over Northumberland in their final match on Saturday afternoon was enough to earn captain Danny Curtis and his team the trophy for the first time since 1978.

Bearsted’s Ben Quinney was mobbed by his jubilant team-mates after holing the putt which earned Kent their title-clinching victory after they had earlier beaten Nottinghamshire 4.5-2.5 on Saturday morning and tied 3.5-3.5 with Somerset on Friday. 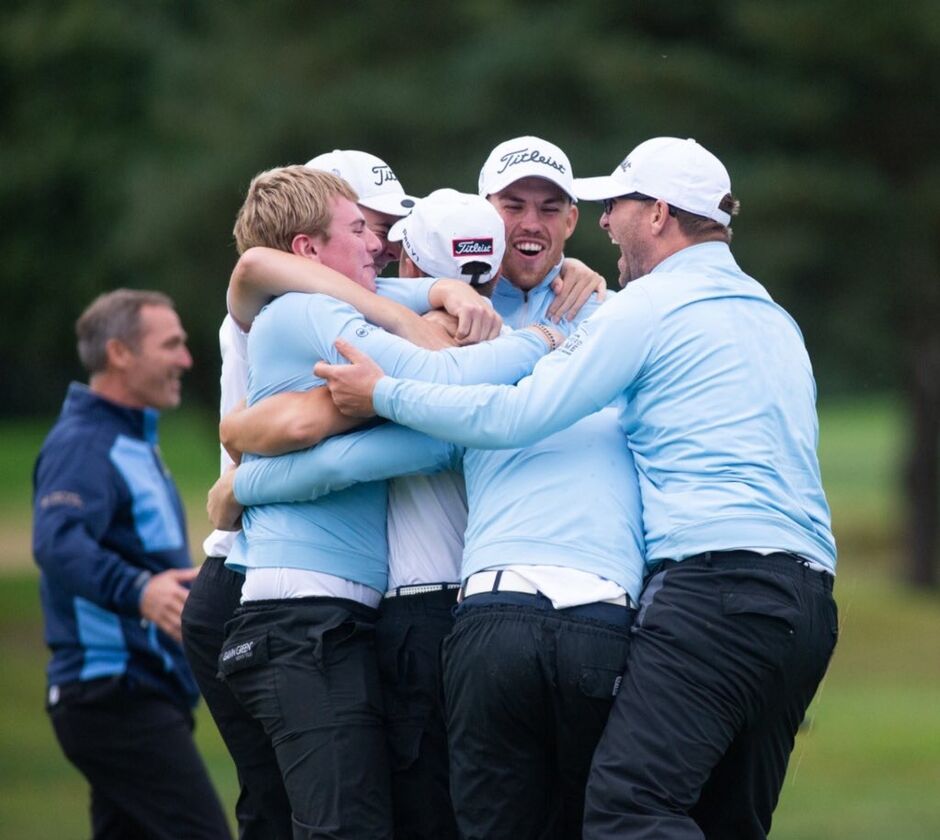 It meant that Kent topped the leaderboard with five points from their three matches and afterwards a delighted Curtis said: “You couldn’t write it, winning the title with the final putt of the last match, but these boys deserve it.

“Benn Barham has been brilliant as coach and our team of volunteers have also played their part.

“We’ve waited a long time to get back to his position and I’m thrilled for everyone associated with our county.”

With Northumberland only needing a half against Kent to win the title the odds were in their favour but Kent got off to a “flier” with Tom Sherreard, Liam Burns and Joshua Bristow all winning their matches to put Kent 3-0 up. Sherreard, in particular, was on fire with five birdies in a row to close out his match 5&4 against Andrew Minnikin.

But Northumberland then hit back with three wins of their own to level the match score at 3-3, and so leave the outcome down to the final game where, with two holes to play, Quinney was one up. But he then lost three-putted the 17th to allow Sean Heads to level the match and set up a dramatic finale, with Quinney holing a 10-foot birdie putt to bring Kent victory.

After being swamped by his team-mates Quinney emerged from the scrum and said with a wide smile: “I knew it was important, but I didn’t know it was to win the championship.

“Even so, that’s the most pressure I’ve ever been under because you just want to win a point for the team and for Danny.” 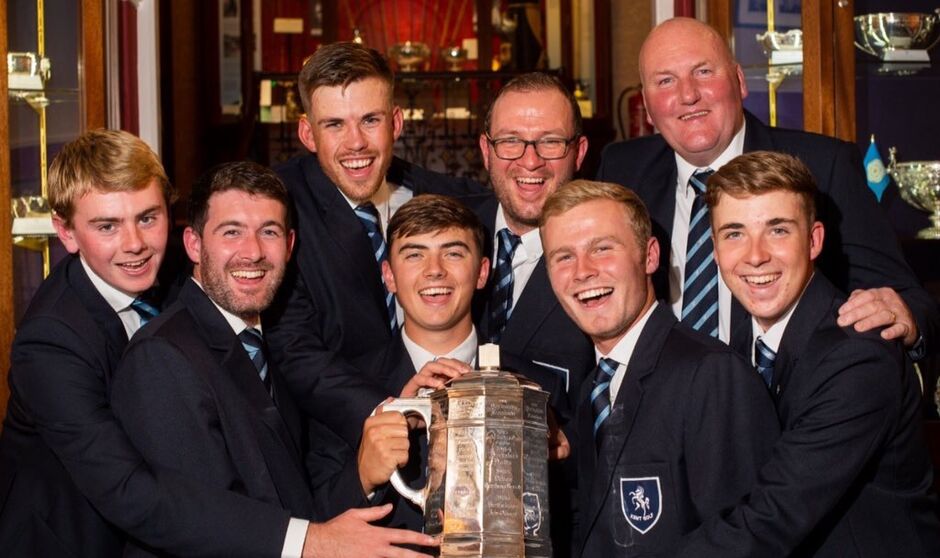