Kent Senior Women played their first league match of the season against Surrey at Camberley Heath Golf Club on Tuesday 8th June. The format was 6 singles matches played off scratch. It was great to be back playing inter county league matches again after last year’s enforced break.

As Camberley Heath is a long journey for some of us and the match was scheduled for an early start we chose to stay overnight and have a practice round on the day before. This proved to be very beneficial as the course is quite quirky in places and we would have been at a big disadvantage playing it blind. We were fortunate with the weather, both days were lovely and the wind was similar in direction. The course was also in good condition.

We were led off by our plus handicapper Tita, who was certainly on her game, being 2 under par after 12 and thereby winning 7/6. Kim, our newly crowned senior champion, went out at no.2 and kept the upper hand throughout her game, ending up with a 3&2 victory.

We are lucky to have gained an excellent new player for our team this year, Mary MacLaren, who had had such a close final with Kim in the senior championships the previous week, only being edged out on the 22nd hole. Mary is an Irish senior international and has moved to Kent as her husband, David, has been appointed CEO at Chislehurst Golf Club. Mary went out at no.3 and also produced a steady performance to win 3&1.

The final 3 players seemed to want to get their full value for money, as all the matches went down the 18th, which is truly a hole that you need to have played in practice first! A blind tee shot is followed by a blind second to a green that seems vertically above you, right in front of the clubhouse terrace. All 3 players succeeded in maintaining their composure and our unbeaten record, Angela and Sue both winning 2 up and Alison achieving an honourable half.

The match was played in a good spirit and the detailed results are below : 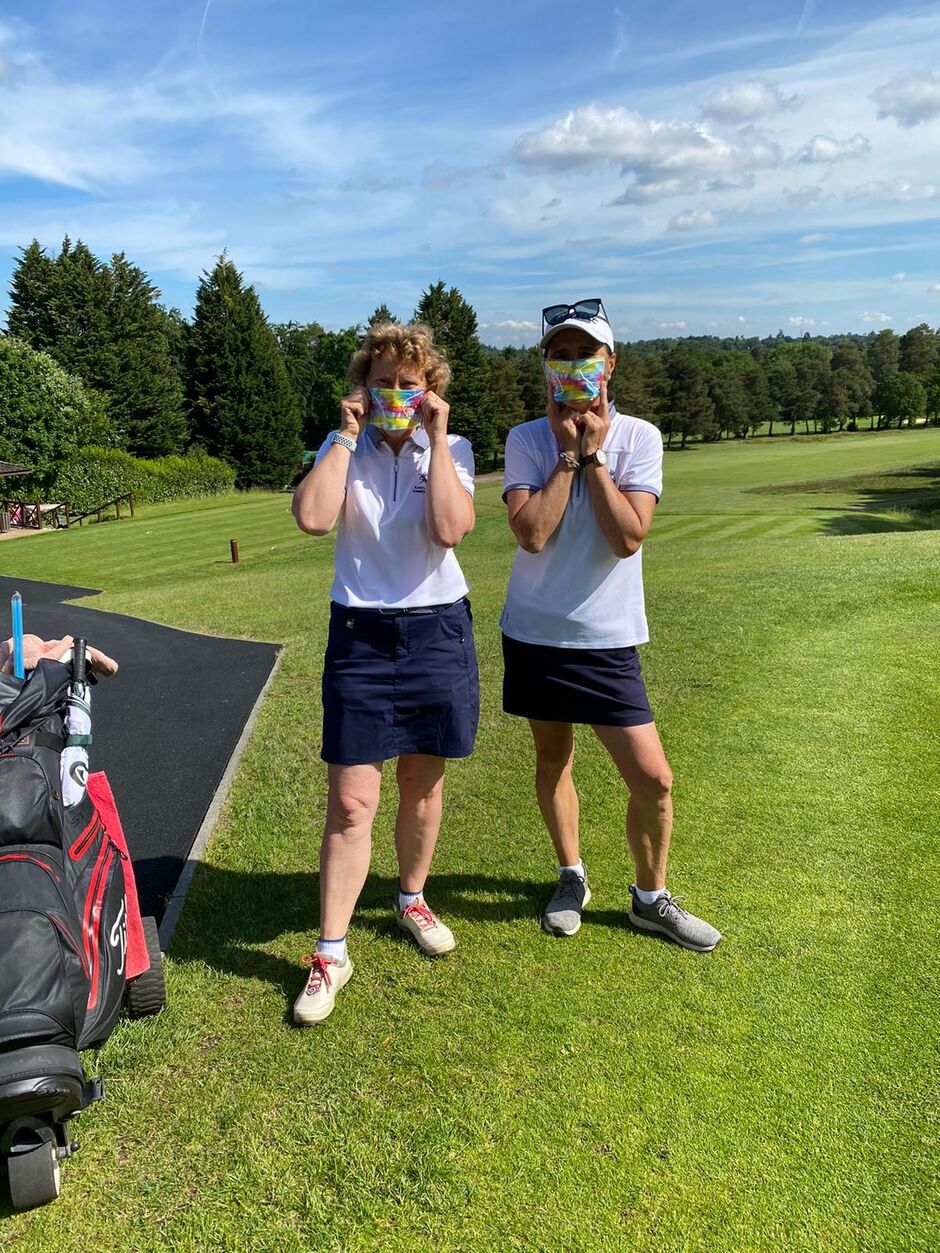 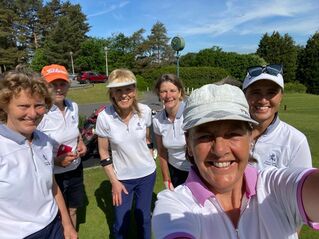 Sue Trasler & Kim Morris modelling Surrey’s topical gift to the Kent team! & The team ready to go at the start of the day 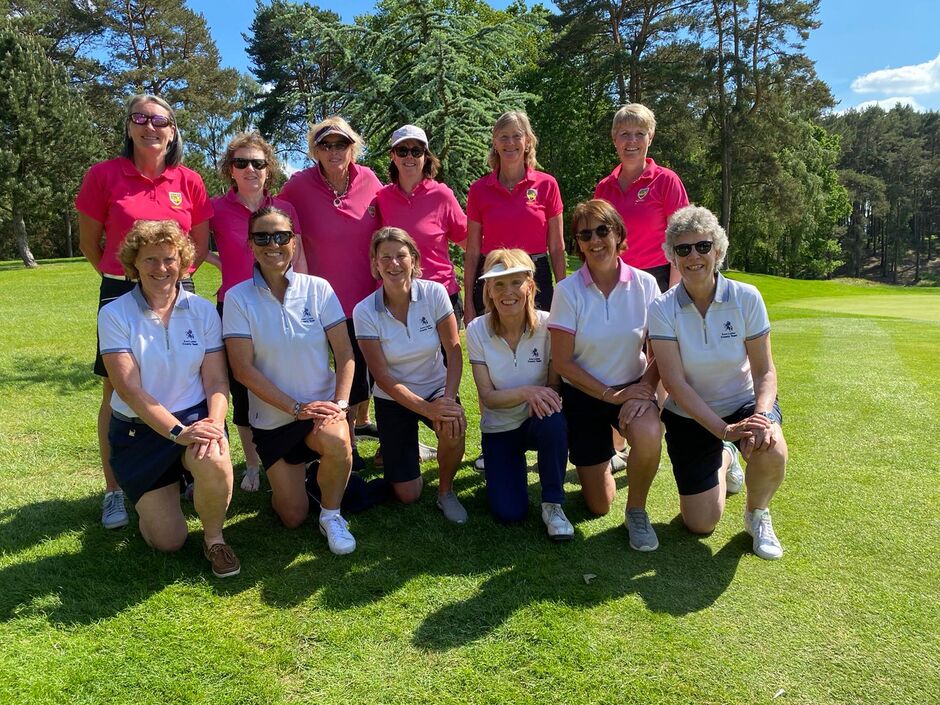 The 2 teams after the match: