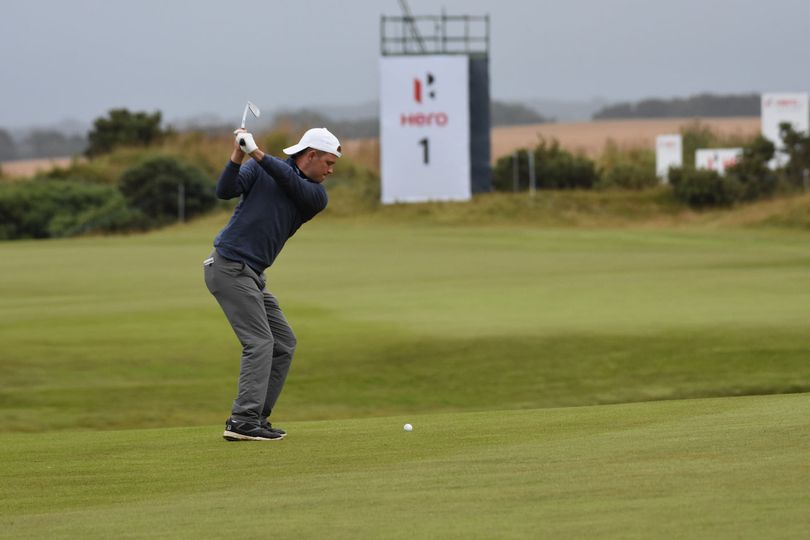 Kipp Popert, the winner of the EDGA Hero Open last weekend, has risen to Number 1 in the World Ranking for Golfers with Disability (WR4GD). To oust recent back-to-back winner Brendan Lawlor of Ireland from the top spot, England’s Popert was always going to have to do something pretty special. This he did, as the 23 year-old golfer from Kent shot a spectacular bogey-free final round of 66, for a commanding 12 shot victory in the EDGA Hero Open at Fairmont St Andrews.

The faultless round included a memorable birdie, birdie finish on the challenging course set-up which eight qualifying EDGA (European Disabled Golf Association) players shared with the stars of the European Tour in this linked event. Kipp Popert, a former R&A Foundation scholar, recently finished his studies on the PGA AGMS programme at Birmingham University, which has helped set him on a journey to develop himself that sees not only his family and friends supporting him to the hilt but all the members at his home club, Wildernesse GC, of whom he said after his round: “They have supported me my whole life and they have been brilliant to me.”

Kipp has the condition Cerebral Palsy which impairs the muscular movement in his legs and makes walking 18 holes a challenge, but he has always worked hard on his strength and mobility and this has clearly paid off, with Kipp having ambitions one day to play at the very highest professional level. Along with other young players who study the various facets of the game, he exhibits a highly positive, never-give-up, competitive nature.
The last four Number 1 ranked players in the WR4GD have quite different conditions, including: Brendan Lawlor, who has Ellis-van Creveld syndrome (short stature); Jiri Jandra, Czech Republic, leg impairment; and George Groves, England, arm impairment. Kipp had risen to number 26 in the world after good form which saw him win England Golf’s English Open for Golfers with a Disability earlier in the summer.

His electric score of 66 in the EDGA Hero Open under pressure in the final round is something one of Kipp’s heroes would have approved of. Talking to Sky Sports’ Rob Lee after this achievement Kipp cited Seve Ballesteros. “I just liked his grit and determination because I always knew it wouldn’t be easy for me, and if I’m the strongest mentally I can be I have got a good chance.”  Further inspiration comes from closer to home. Kipp said: “My parents [Richard and Lindsey] are both doctors who have supported me every step of the way from managing my condition to playing tournament golf. I’d also like to thank my coach Howard for all his guidance and tutelage.” Kipp is one of eight players with disability competing this week in England in the EDGA Cazoo Classic, courtesy of the European Tour, alongside the Tour’s Cazoo Classic at The London Golf Club.