The Ten Counties, as this championship is known for short, was played at Rochford Hundred Golf Club in Essex on Monday 13th September. The format is a team of 4 playing strokeplay off scratch with the best 3 scores counting. The 10 competing counties are Berks, Bucks, Essex, Hants, Herts, Kent, Middx, Oxon, Surrey and Sussex.

Kent finished in 4th place on a total of 242. The event was won by Surrey who finished level with Sussex on 235 and the 4th player’s cards decided who won the championship. Hampshire were in 3rd place on 237.

The course at Rochford Hundred was first laid out in 1893 and is now bounded by an airport on one boundary and a train line on another. It is quite tricky, with relatively narrow fairways, well placed bunkers and ditches. The course was bouncy after a dry spell of weather making it hard to choose a club to find the undulating greens. In addition, the wind was from an unusual north-easterly direction. Scores were therefore relatively high and it was the consistency of the leading counties that led to their success rather than any very low scoring. 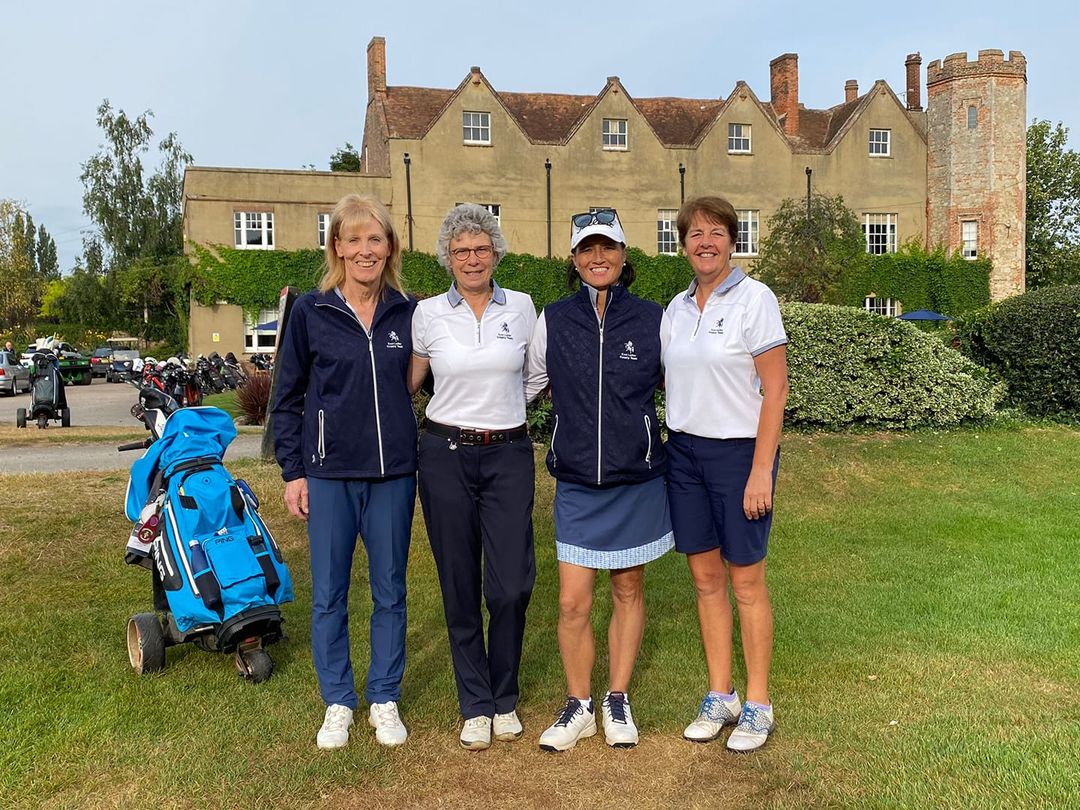