The inaugural Kent Invicta 10s, brainchild of Kim Brusadelli, started on the 26th July at Pedham Place then went around the County to Lydd, Etchinghill, Hever Castle and had a fitting finish at the beautiful North Foreland Golf Course on Sunday 5th October.

The itinerary of each event was to play 9 holes on the clubs’ Academy courses followed by skills challenges, set by each Club Pro, helping to build valuable skills for the game. These were variations of driving, chipping and putting drills, with scoring in place for each.

The 29 children involved had to deal with many different weathers, ranging from 30mph+ winds at Lydd and heavy rain at Etchinghill (bad enough to reduce the play to 6 holes), to blue, sunny skies at Pedham and North Foreland. It may well be character building, as the children coped with it all in their short strides, skips and cartwheels admirably! 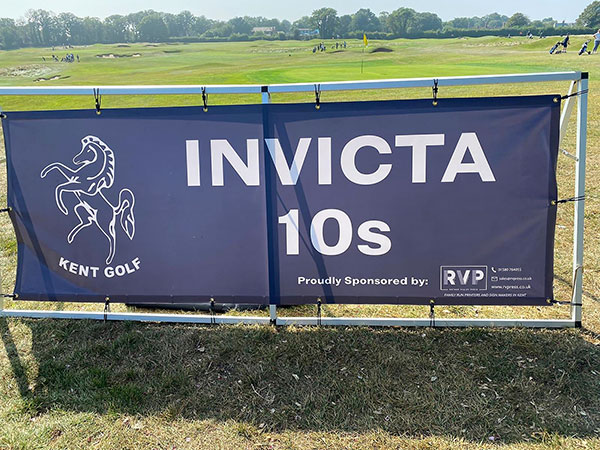 Expectations before the Tour began, were of introducing young beginners into the game with patience and help needed from our team of volunteers. We did not expect to see so much genuine talent on display. There were drives that had Pros gasping, many chip-ins in the chipping challenges and long putts sunk. Then, when they got out on the course, tee shots hitting the flags for near-hole-in-ones, close approach shots, beautiful bunker shots and many low-scores, far lower than anyone anticipated!

But it was not just the play that impressed the officials. The wonderful behaviour, sportsmanship, etiquette and ultimately, new friendships that were formed over the course of the 5 events, made it a pleasure to run. The children were a credit to themselves, and their families and those who will be too old to participate any more will be missed by those involved in running the tour.

In the end, it was 8-year-old Caleb Twyman who scooped the Invicta 10s Molyneaux Trophy, winning the Order Of Merit Format after winning 3 of the 4 events he played in. He was a player who never stopped smiling and has a genuine love for the game, as well as talent! Congratulations to you Caleb. 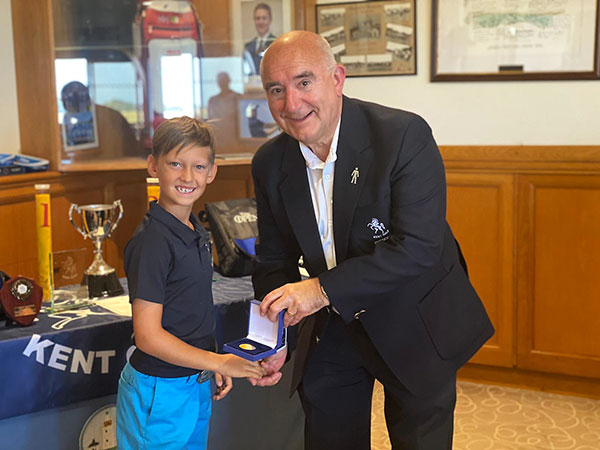 The top girl was Lauren Clarke, another with a great future in the game and who also never stopped smiling! Congratulations Lauren.

I am sure we will see most of the children back next year, if not in the Invicta 10s, then in the Futures events and Race To St George’s as their games progress.

Again, congratulations to every single child that played. You were amazing and helped make this event such a huge success.

Many thanks also to all the parents, grandparents and other supporters without who this tour could not be run. Thank you for all your support.

>> Find out more about the Invicta 10s 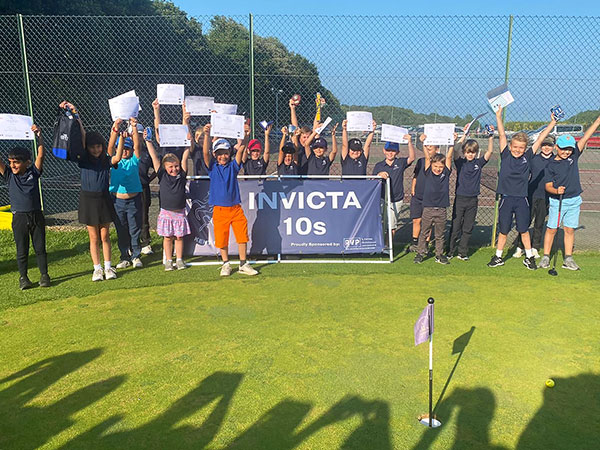 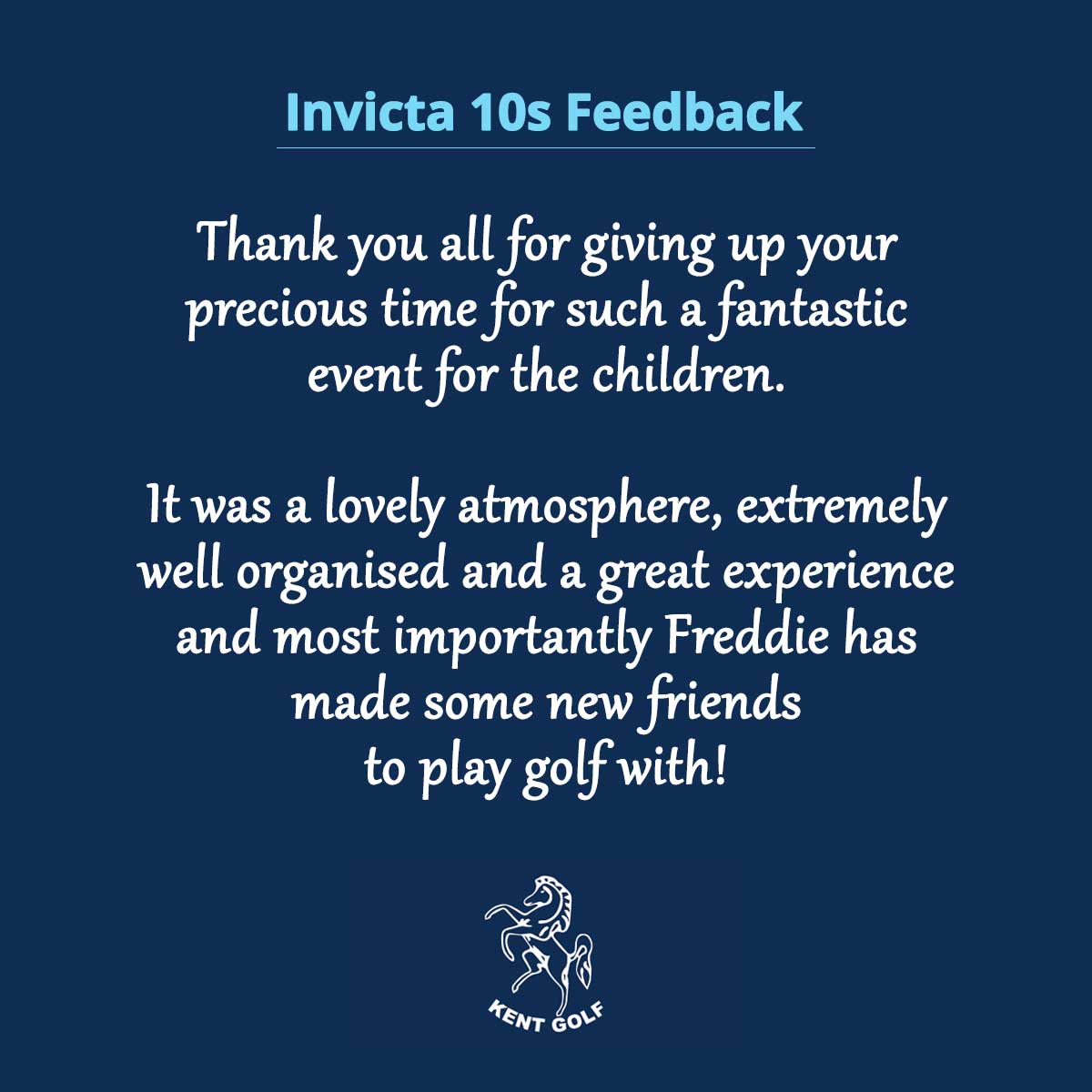 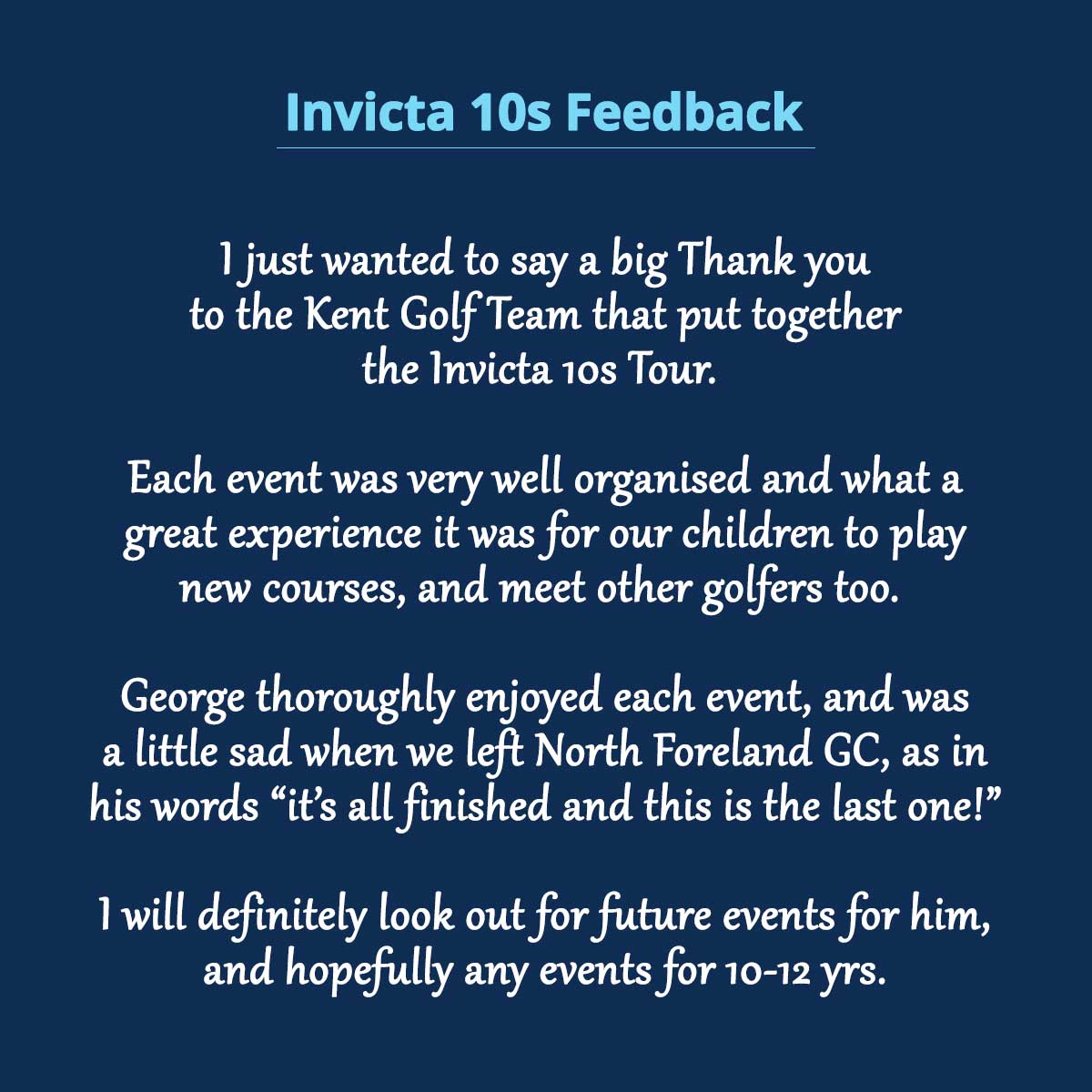 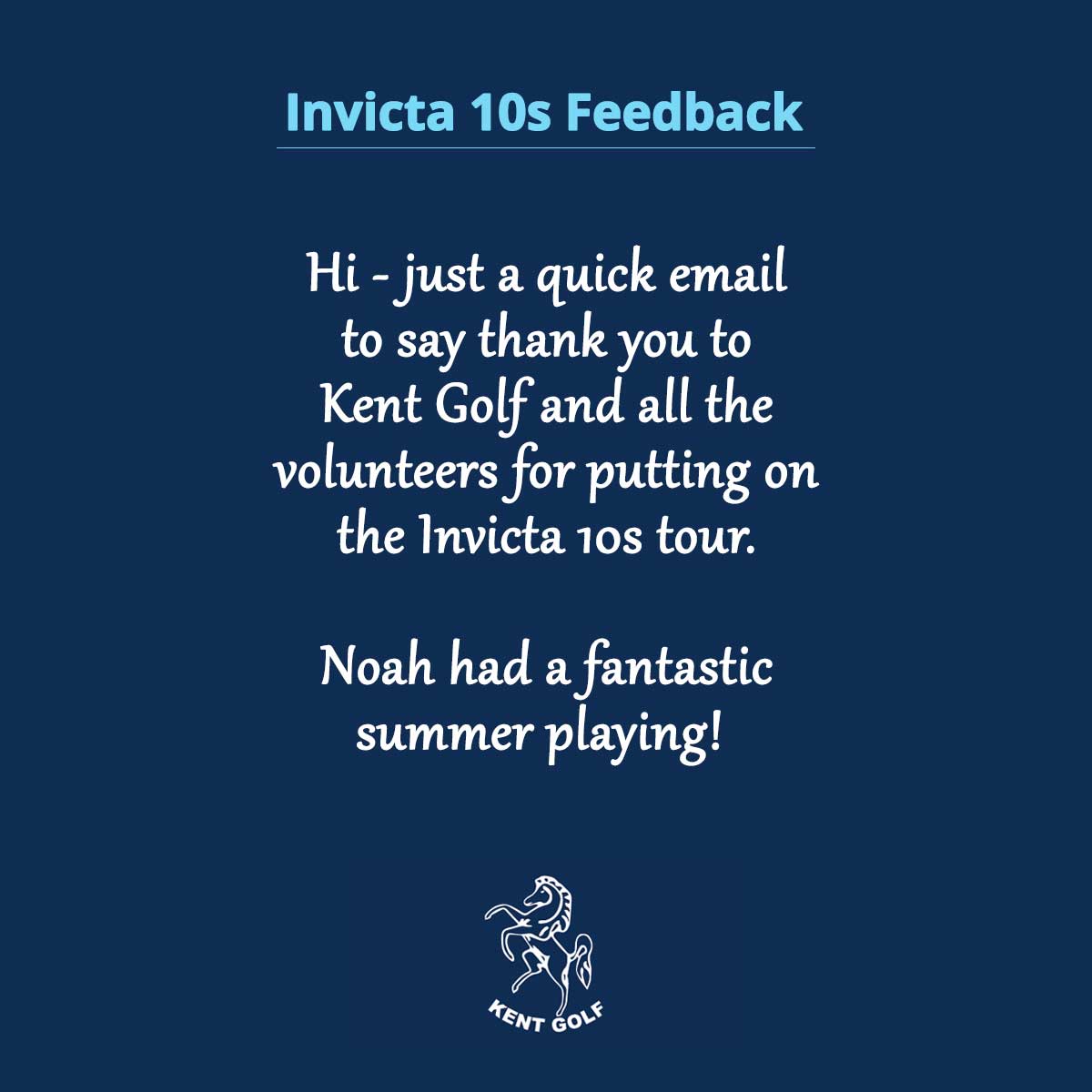