Tita McCart, our County Captain, was invited to the AGM of the Society of Lady Captains of Kent Golf Clubs (SLCKGC) on Monday 7 March 2022 at Weald of Kent to provide an update on Kent Golf. Tita explained how much Kent Golf has achieved in the year since Unification, which is plenty and her talk was well received.

A lovely lunch was served after which Mickey Walker (OBE and PGA Master Professional) spoke about some of her experiences from her long and distinguished golf career. Mickey started her golf at Faversham (Kent). Between 1979 and 1984 Mickey won no less than six European titles, and in 1981 was appointed Chairman of the European Tour. As European Solheim Team Captain from 1990 to 1996, Mickey led the team to victory in 1992. She went on to win the Golf Writer's Trophy in the same year. She works as a golf coach, radio and television commentator and public speaker.

The meeting was well attended by 114 past and current Lady Captains including our President, Chris Lohan and Cheryl Power, our Director of Golf Development and Junior Girls Team Manager. 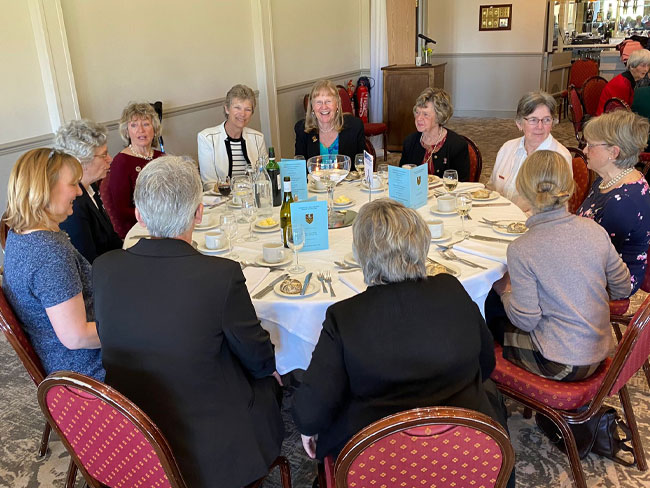