How many women golfers who started golf last century in Kent have Enid Wilson to thank for encouraging junior golf?

Enid Wilson was an English golfer who won the British Ladies Amateur Championship three consecutive years in the early 1930s. The authors of the 1975 Encylopedia of Golf judged that Wilson was "widely regarded as the finest British woman golfer between the wars after Joyce Wethered," and said of Wilson that she "had a sound rather than graceful swing but she was a resolute competitor capable of her best when it mattered most."

She was a long-standing member of Knole Park Golf Club, and was a multiple winner at national and regional level from 1925 to 1931.

She was a great supporter of junior golf, and through her playing and writing as a journalist made an outstanding contribution to ladies golf in this country.

Some fun facts about Enid:

Young Enid Wilson's love of golf got her into trouble several times. At age 4, she managed to remove the heads from all of her father's golf clubs (and by age 15 she was well-known locally as the girl who could repair golf clubs). Later, at boarding school, she was expelled after, according to Wilson, she cursed school officials who were trying to limit how much time she could spend on the golf course.

But all that time paid off early, too. At age 15, when she was the youngest golfer in the field, Wilson won the British Girls Amateur Championship in 1925.

She wasn’t allowed to play in the British Open because she had written instructional captions for a series of photos. 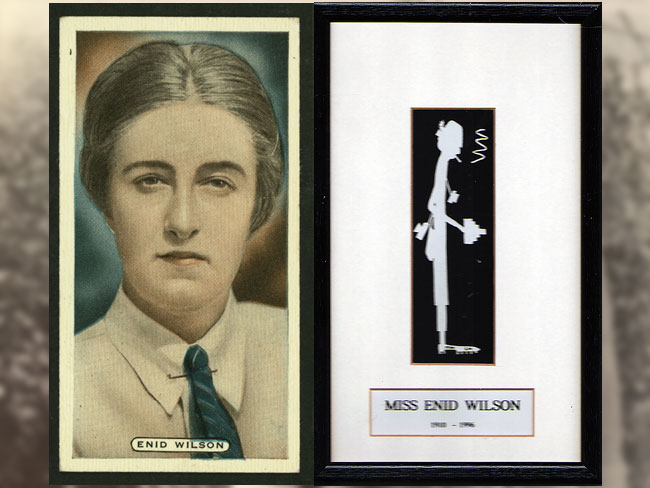