The East Kent Qualifier was played on 12th April at Hythe Golf Club, as the sun was shining and there was hardly a breath of wind allowed for far better scoring conditions.

10 of the 40 players managed to shoot under their handicap on the day, with Patrick Chenu of Chelsfield Lakes, leading the way with a 6 under 63, well played Patrick! He was followed home by James Collett, Knole Park, Finley White, Rochester & Cobham, and Georgina Carlotti, Canterbury, who all managed Nett 65 and in the prizes.

The Gross scores were also a very close affair, with the top 4 separated by just one shot. Tom Chapman, Sene Valley, Ethan Hall, Knole Park and Jack Maher, Royal Blackheath, all shot 73 but were pipped by Kieran Parkins of Sundridge Park with a score of 72.

We would like to thank Hythe Golf Club for their hospitality, we were very well received, the members have been helping tirelessly all day, and the buffet was magnificent with some very healthy options.

We must wait until August for our next rounds, where we look forward to seeing the players at The Darenth on 9th August and Sundridge Park on 18th August. 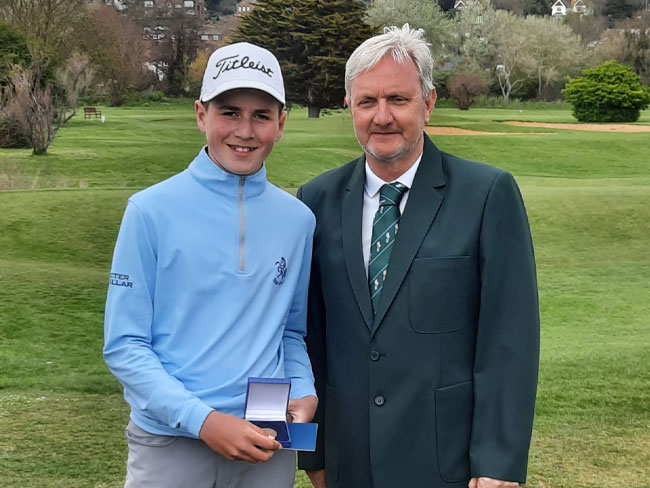