The May Bank Holiday saw the Kent 1st Team play Hampshire at North Foreland Golf Club. It was the first league match of the season and although the result looks convincing at 8-4, it was always going to be very tight. Hampshire came along prepared and even turned up a day early than normal to acclimatise.

The morning foursomes went Hampshire's way & Kent were disappointed not to be at 2-2. Liam Burns & Connor Bell (4&3) played well & had a convincing win against their opponents. It was all to do in the afternoon.

The afternoons singles certainly went Kent's way but with 6 of the matches going down to the 18th, you can't imagine how tense it was! Convincing wins for Jacob Kelso (5&4) & Conor Byers (4&3) but all the rest of the matches went down to the wire.

I would like to thank those that were there in support Benn Barham (Coach), Jim Pocknell (President), Duncan Kelso & the rest of the Kelso family, plus all of the North Foreland members who were there watching with interest. Grateful thanks to Peter Long (Chairman) & Jane Marr for giving up their Sunday to come along and support as Rules Officials.

Also, thanks must go to North Foreland for hosting the match. The course was in excellent condition, the catering staff were extremely efficient and also the Pro shop which was very helpful. We look forward to coming back later on this season for the Kent Amateur (June) and our league match against Dorset in late July. 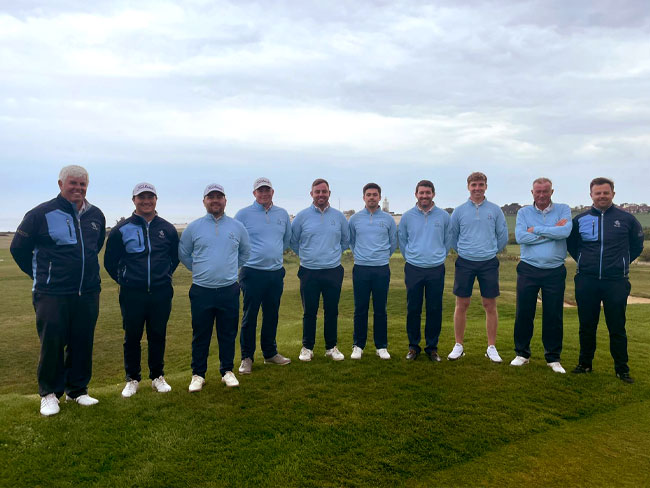