Unfortunately, the weather restricted the days play to just 18 holes for the Main Championship, and only 10 holes for the Seniors Championship, as relentless rain made the greens unplayable. Our sincere thanks go to the Green staff for their incredible work, as well as Kent Golfs very own Chairman and referee, Peter Long, for running between greens with the squeegees to prevent the closure, ultimately losing the battle against the elements. Competition organisers, alongside the clubs Green staff, waited until the last possible moment to make the difficult decision to close the course and halt play.

Despite the hugely difficult conditions, there were plenty of smiles from the players and compliments about the course as the day was thoroughly enjoyed.

The Seniors Championship saw Angela Jones of Canterbury Golf Club claim the Championship after shooting an impressive 45 to claim a 1 shot victory over the Sundridge Park duo of Kim Morris in 2nd and Tita McCart in 3rd. Congratulations to Angela.

Our Nett winner was Lelia Roche-Kelly of Sundridge Park, with a fantastic score of 33, which beat Priscilla Mary Dobson of Littlestone by 3 shots and a further 1 clear of 3rd place Debbie Cox of Faversham.

The Women’s County Championship did manage to complete a full 18 holes due to the earlier tee time and an exciting finish between Ellie Burdis, West Kent, and Millie Thompson, Sittingbourne & Milton Regis, saw Ellie sinking a 20 foot birdie putt on the last hole to claim a 1 shot victory over Millie.

The Nett prizes saw Skye Fontanelli pip Ellie by one shot with a score of 76.

The players were welcomed by Mid-Kent Lady Captain, Caroline Jackson, and was on hand to present the prizes alongside County President Chris Lohan.

Congratulations to all winners and thank you to Mid Kent for their hospitality and our hard working staff and volunteers for running the day so well. 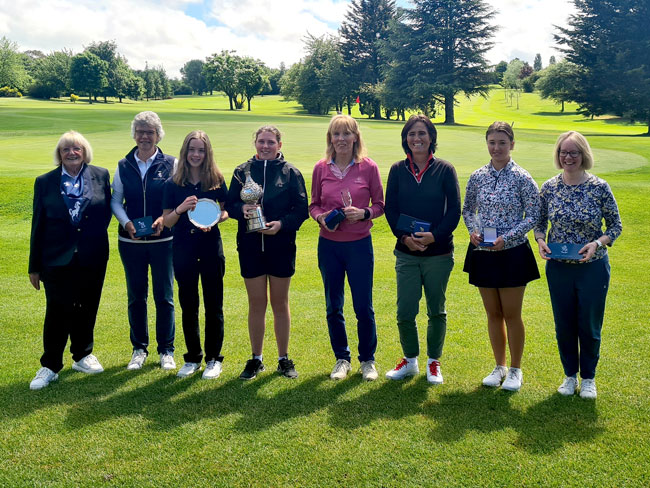 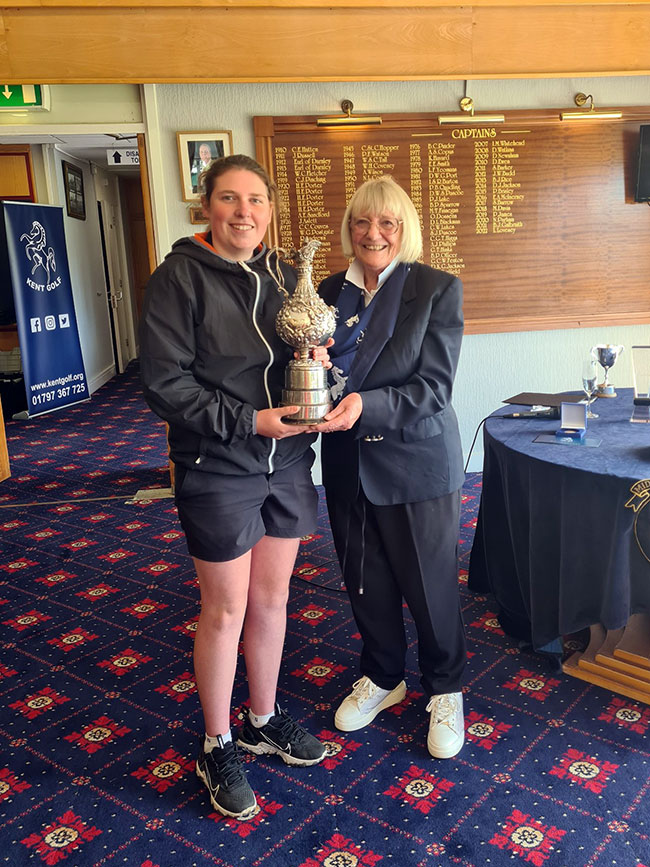 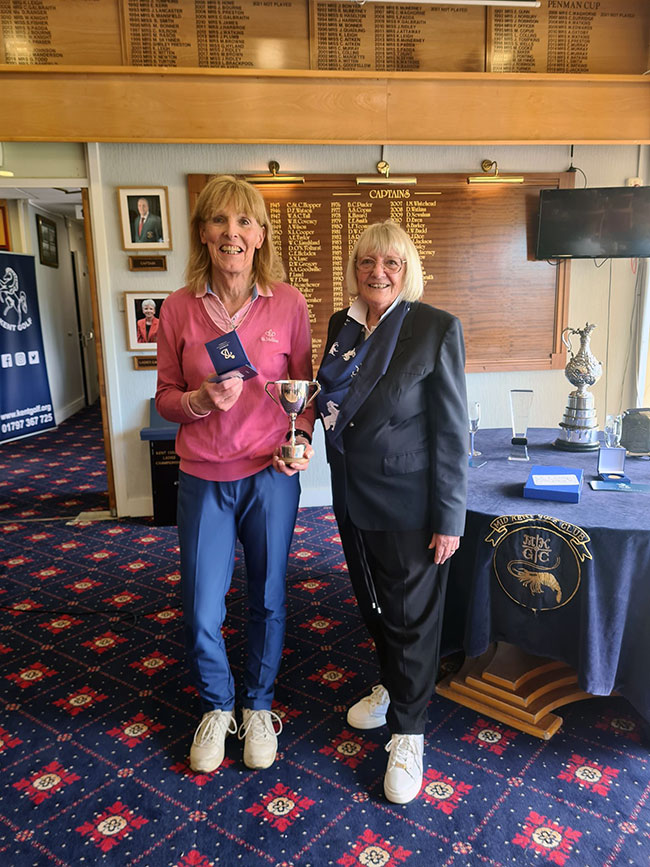