Kent Senior Women’s Team have won the southeast inter-county scratch league for the 2nd year running. This year the competition was much closer with two counties tying on the number of matches won and Kent were declared winners by virtue of having more games won. The standard of competition is getting better each year and we thank our team coach Mark Trow for preparing us well for this year’s campaign. Kent will once again be presented with the Mulligan Larsen Trophy by the donor Scynthia Larson later in the year.

The picture below was taken after our close win against archrivals Sussex who have won the trophy many times in past years. The Kent players are (L to R): 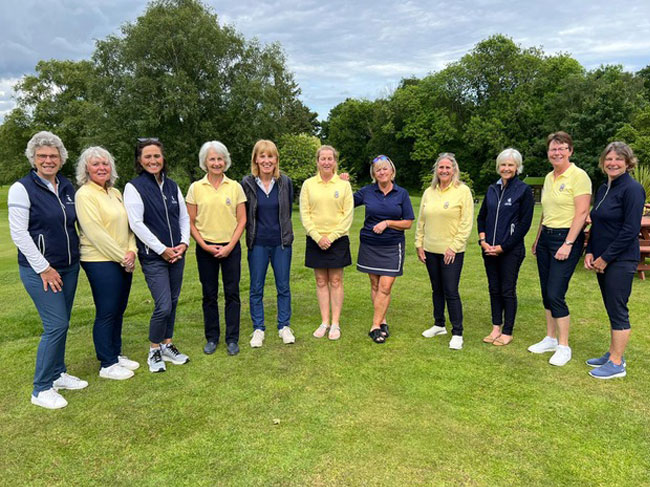