The rearranged final of this year’s Eric Green trophy was held at The Weald of Kent and contested by the last two men standing from an initial entry of 43 - Carlo Barbieri from Ashford and Brett Nevin from Sheerness.

Carlo was receiving 11 shots and used these to full advantage to race into an early three-up lead. The fourth was halved with birdies and then Brett began his comeback by winning the fifth, the seventh and the ninth to square things at the turn. He then won the tenth to lead for the first time in the match, but this proved short-lived as Carlo birdied eleven to draw level again. Carlo won the twelfth with a nett birdie and a super bunker shot on fourteen saw him double his lead to two up with four to play. After some trouble in a penalty area on the next hole, Brett found himself three down and facing imminent defeat, but he rallied to win sixteen to keep his hopes alive.

After a couple of nervy drives on seventeen, Carlo played sensibly to press home his advantage and won the match by a score of 3 and 1. Both players enjoyed the contest and it was a high-quality, friendly final, expertly refereed by Jane Marr.

Congratulations to both men for reaching the final and especially to Carlo, our Winner of the Eric Green trophy for 2022. 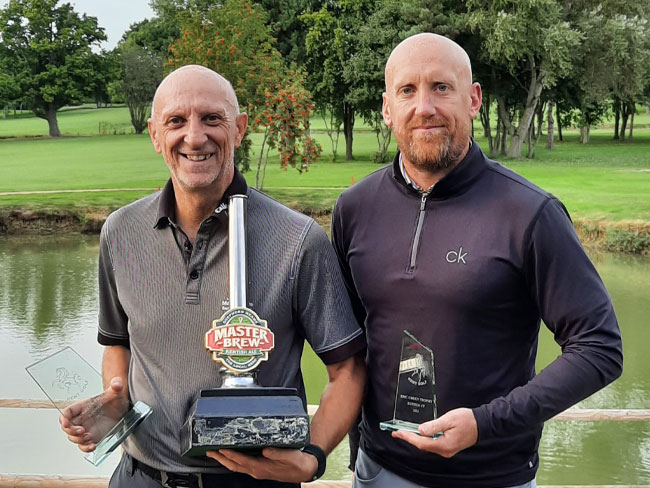