The weather may have been miserable, but the players were all in good spirits as they assembled at Cherry Lodge Golf Club for the finals of the Holland Trophy, the Coombe Cup and the Tappin Trophy.

The final of the Holland Trophy – a foursomes matchplay knockout for handicaps plus to 14.4 – was contested by Gina Phillips and Nikki Jones (Nizels) and Kim Morris and Ali O’Neill (Sundridge Park), with the Nizels pairing receiving three shots. It was nip and tuck all the way with never more than one hole in it right up until the sixteenth when Gina and Nikki doubled their lead to be 2-up with two to play. Alas, Kim and Ali could not win seventeen and Gina and Nikki triumphed by a score of 3&1.

The Coombe Cup – a foursomes matchplay knockout for senior ladies – was, in contrast, a much more adventurous affair, with Sophia Davies and Diane Lemerle (Lamberhurst) receiving six shots from Yvonne Arpino and Jane Speakman-Brown (High Elms). The Lamberhurst pairing raced into a 5-up lead after seven holes only to be pegged back to just 1-up after twelve. Things remained tight until the fifteenth when Sophia and Diane doubled their lead. Yvonne and Jane battled valiantly but halves on the next two holes meant that Sophia and Diane were the winners by a score of 2&1.

But the most thrilling denouement of the day belonged to the Tappin Trophy, a 3-a-side Team Handicap Inter-Club matchplay knockout. Lamberhurst were again in the running, represented by Robyn Judd, Kim Sibley and Kathy Mercer, this time taking on the Royal Cinque Ports trio of Christine Wightman, Trish Tordoir and Anne Keeley. All games were well-matched with no more than two shots being given. Despite Robyn’s best efforts, Christine played steady golf to run out a 5&3 winner, thus giving the first point to Royal Cinque Ports. But things were levelled up a little while later by Kathy who took a vital point by beating Anne on the last green. In the meantime, the middle match had gone into extra holes and it was left to them to provide the decisive point. As the weather worsened the tension mounted as both the nineteenth and twentieth holes were halved. Despite a sterling effort from Trish, Kim was not to be outdone and won the game, the match and the trophy for Lamberhurst on a very wet and cold twenty-first hole.

Thank you to our referees and scorers – Cheryl Power, Judith Halliday, Helen Johnson and Ruth Evans – for doing such a grand job on a difficult day. Thanks also to Cherry Lodge for their warm welcome and hospitality which was much appreciated by all.

Well done to all the teams for making it through to the finals and congratulations to our winners! 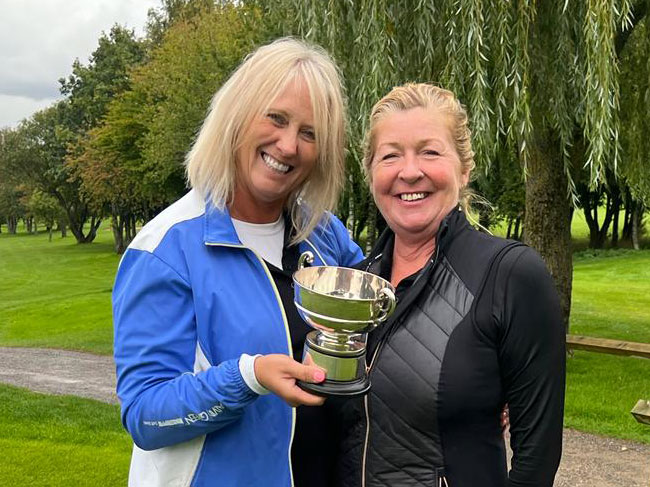 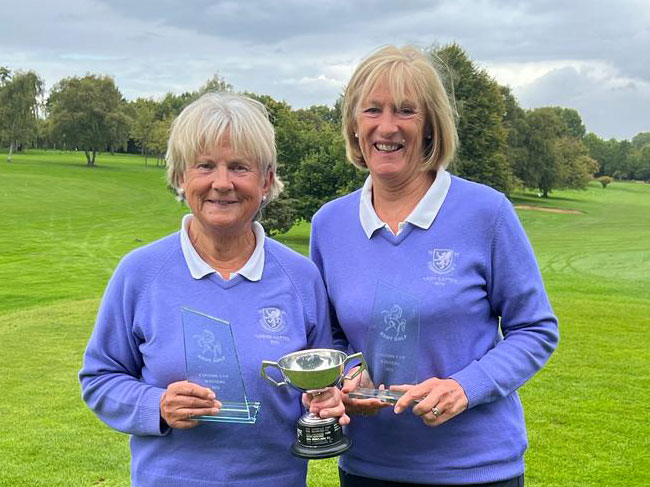 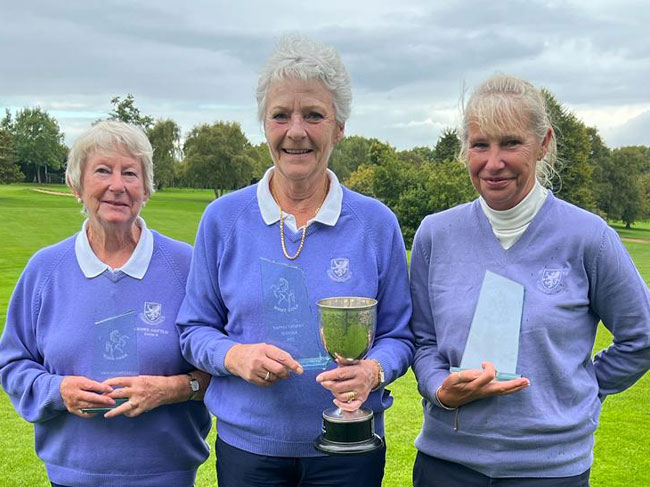