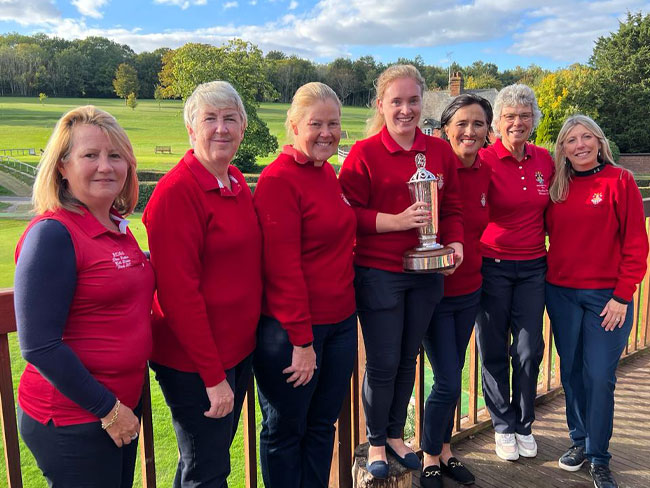 Going out in handicap order the teams for the Plate were as follows:

Canterbury clearly meant business as they took early leads in most matches and, despite West Malling’s best efforts, they were not to be denied. Commanding wins in the middle three games were enough to give Canterbury the match. 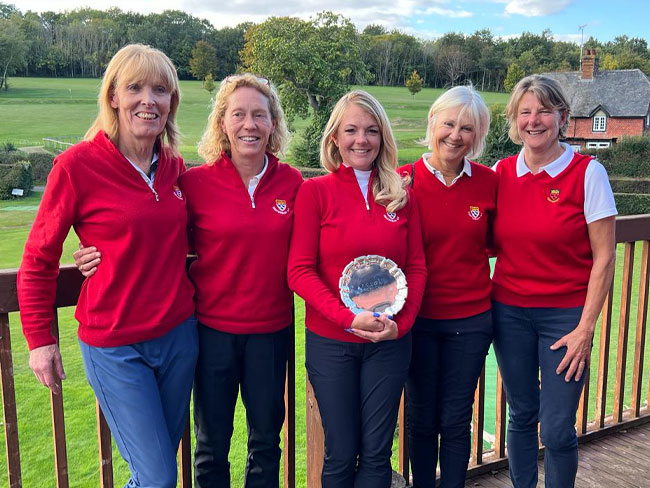 For the Trophy competition the players were thus:

This was a closer affair with all matches making it to at least the fourteenth. Kim Morris struck the first blow for Sundridge with a 5&4 win, and this was quickly followed by a point for Ingrid Long who won by the same margin. The other three games were all close and the first match of Tita McCart and Felicity Christine went into sudden death. The winning point was brought home by Lucy Speed with a 3&2 victory and the other two games were called in.

Thanks to our referees and volunteers who are always so generous with their time – Anna Cooper, Robin Cunningham, Marilyn Brown, Helen Johnson, Ken Hannah, Jane Marr and Cheryl Power.

Our gratitude, also, to Faversham for their hospitality.

Many congratulations to our 2022 Bradley Cook Champions – Sundridge Park! 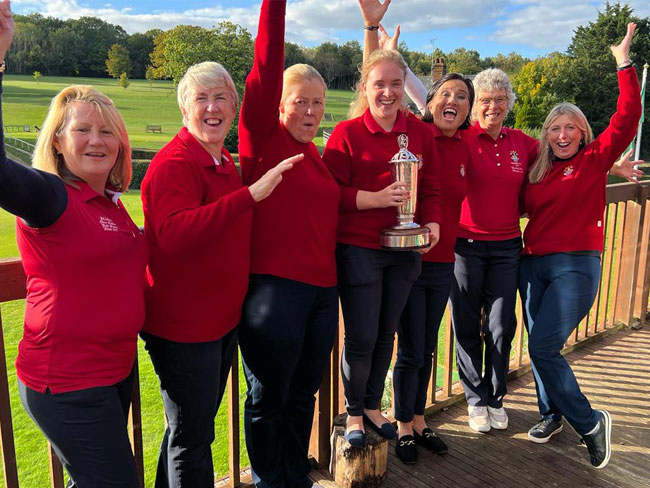