Sunday 22nd May saw the KGU U14s take on Essex and Hertfordshire in the first match of 3 this season. It was a glorious day at Braintree GC and the course was in great condition. The wind picked up as the day went on and made for some tough matches for all players. The first to tee off for Kent was Tom Chapman (Sene Valley), followed by the captain Scott Antoun (Kings Hill). They were followed by Adam Woods (Wrotham Heath), Arthur Saunders (Littlestone), Erik Groth (Royal Cinque Ports), Justin Chenu (Chelsfield Lakes), Haiden Matos (Dartford) and Charlie Gunning (Mid Kent), with Barnaby Agar (Walmer & Kingsdown) playing as the reserve.

The top half of the draw proved very strong for Essex and Hertfordshire, with Kent only winning 1 point in the first 3 pairs of matches. Our depth was brilliant however and the boys scored 7.5 points in total. Both Arthur Saunders and Justin Chenu won both of their matches comfortably, and Charlie Gunning was also undefeated, winning 1 and halving the other on the 18th green.

An excellent start to the season and we are very much looking forward to the next match.

>> Find out more about the U14 Boys Team 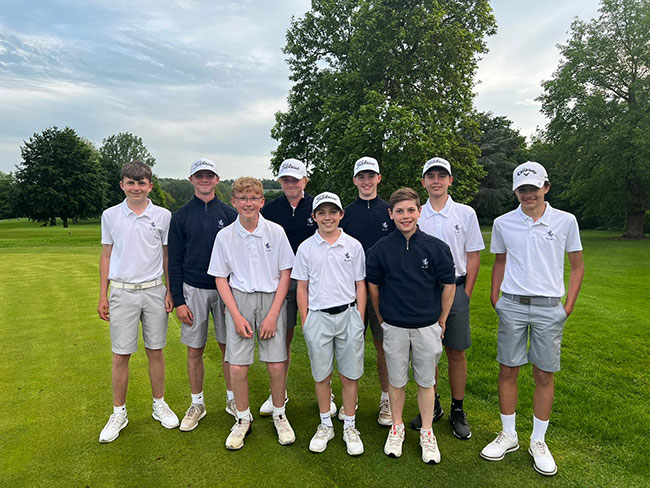